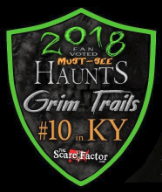 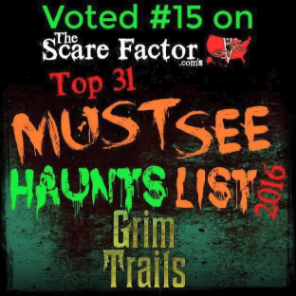 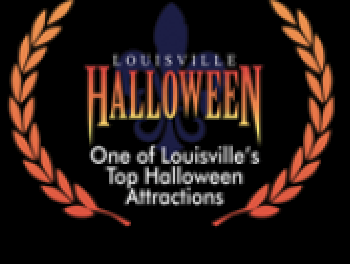 Source: Which local haunted house is the scariest?

Darkened woods are naturally scary, but fill them with sinister versions of your favorite fairy tales and they become especially unbearable. Not only do you jump at every snapping twig (and your own shadow, in my case), but you also have demonic Hansel and Gretel to deal with. It's not fun.

Grim Trails sounds likes an homage to the Brothers Grimm — who are responsible for the often dark creations of several fairy tales — but it's more like an all-encompassing fantasy world that features everything from Lewis Carroll's "Alice in Wonderland" to what I believe was a siren from Greek mythology. The varying inspirations meant I sometimes struggled to immediately identify which story I was in, but I liked being able to recognize most of the scenes and see the characters come to life.

The set pieces at Grim Trails were top-notch, with so much detail that I wanted to pause to take it all in — even with a menacing bunny hanging around. And they were used in a way that assisted the actors in scaring guests, as opposed to making them do all the work. The best scares, for me and two friends, came when we were too distracted by the scenery to notice an actor hiding nearby.

Grim Trails is memorable for its creativity, and while it's well within city limits, it really did feel like I was transported to another world.